The Power Of Same ft Muhsinah 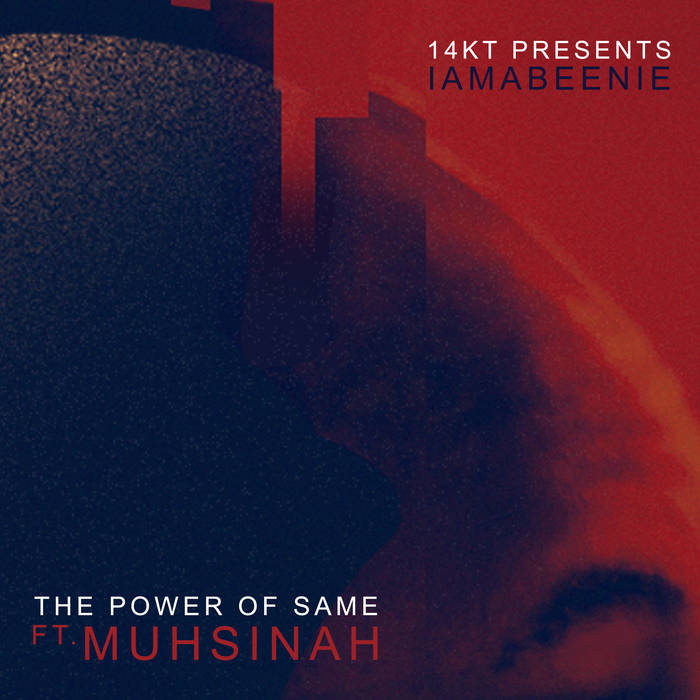 theLightWeCannotSee This record brings glory to God. May His spirit be upon the complete work. May the Father continue to bless the work of your hands. Favorite track: The Power Of Same ft Muhsinah.

Treezy aka Treez Jobs This track has legendary written all over it. Sonically it doesn't get much better than this. Muhsinah killed these vocals!

Diggztown Exclusives Inspring, Reminds me of home on a crisp sunny morning. No place like Detroit! If you had the pleasure of growing up there, you know!

thewrealmusichour love the drop after the intro

I Am The One Man Gang

First Word Records are thrilled to announce a brand new addition to the label – LA beatmaker and producer 14KT.

Known for his deft, soulful hip hop production, KT has broadened his palate for his FW debut to create ‘For My Sanity’, the first offering from his jazz-influenced project IAMABEENIE.

The album will be released in early 2019, but we couldn’t wait that long to share this taster of what 14KT created as a form of escaping from his “normal” ways of making music. Case in point: the first single taken from the project – ‘The Power of Same’ feat. Muhsinah.
Strongly rooted in KT’s spiritual practice, ‘The Power of Same’ is a bass and synth-heavy ode to consistency and unconditional love, laced nicely together by his signature drum lines, harmonious guitar riffs (played on the track by Stro Elliot) and the unmistakable sound of James Poyser (The Roots). Vocal powerhouse Muhsinah adds layers of emotion via her endearing delivery of the core message, and, deep in the background you can hear KT sharing a very personal routine with us all - giving thanks to God.

How much of a personal project this is, in 14KT’s words? “This was inspired by a bible study plan I was reading called The Power of Same. It spoke about the power of being consistent in our lives. I thought about how consistently God’s love and my family’s love have gotten me through my journey of life. Once I made a “skeleton” of the song, I reached out to the brother James Poyser who I was extremely blessed to work with. My brother Stro Elliot was living right down the street from me at the time. One night he walked over to my house, I played the record for him, he picked up my electric guitar and played the first thing that came to mind - which was perfect. I played the record for my brother Tall Black Guy, who suggested I reach out to Muhsinah to add vocals. I sent the record to her and two days later she sent me exactly what you hear. Amazing. That was definitely the spirit of God working.

A very warm welcome to the family, KT!

released December 14, 2018
Vocals written and performed by Muhsinah
Grand Piano & Synthesizer by James Poyser
Electric Guitar by Stro Elliot
All other instruments and production by 14KT

Bandcamp Daily  your guide to the world of Bandcamp

Benji B talks about his new compilation ‘Deviation Classics’